The RBNZ has maintained its neutral monetary policy position and decided to hold the official cash rate steady during today’s board meeting. 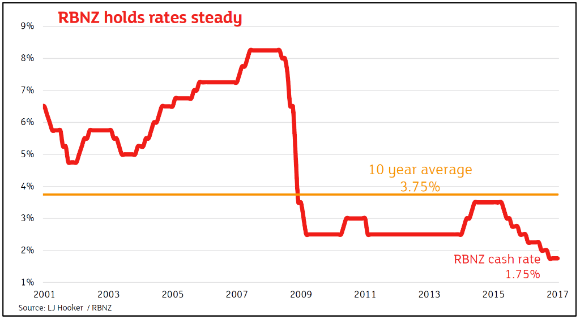 Despite the softer than expected December quarter GDP result the RBNZ remains confident in the current direction of the New Zealand economy.

The dollar has been a little softer over the past month thanks mainly to an increase in interest rates by the US Federal Reserve.  If maintained, this should help export focused industries; particularly dairy and tourism.  Persistent soft inflation remains the main issue of the RBNZ, however, the recent strength in other parts of the economy should be strong enough to see them hold rates steady in short to medium term.

How To Prepare Your Home For Santa's Visit
Read More 

Top questions you should ask your agent
Read More 